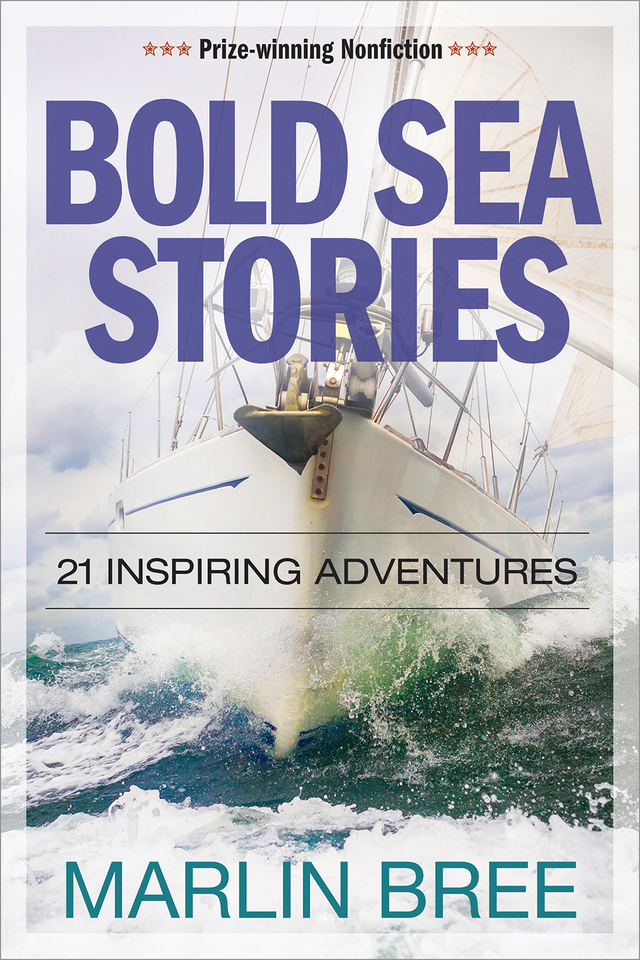 Cruising alone on Lake Superior as he collects tales for Bold Sea Stories, the author is greeted by a special welcoming committee, the gulls.

The courage of the Sole Survivor is the remarkable survival tale of a seaman who fought to stay alive on an ice-coated open life raft from the sinking of his ore boat, the S.S. Daniel J. Morrell. The Bold Sea Chapter is fashioned out of the award-winning magazine article by the author published in The Ensign magazine.

The doomed Edmund Fitzgerald faces its last hours in this remarkable documentation of the Big Fitz's sinking. Bold Sea Stories traces the theories afloat to explain why the big ore carrier sank. 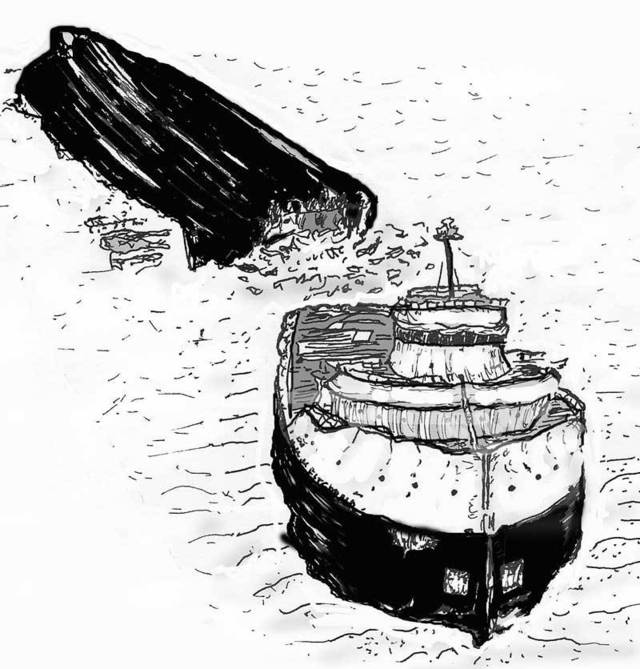 The Fitzgerald now lies in two sections at the bottom of Lake Superior. The Fitz's bow had dug in, never to rise again, and the entire ore carrier began a descent into the blackness at about 30 mph until it smashed at an angle into the bottom mud, then jolted back up again. Inch thick steel twisted and ruptured in the Fitzgerald's hull. 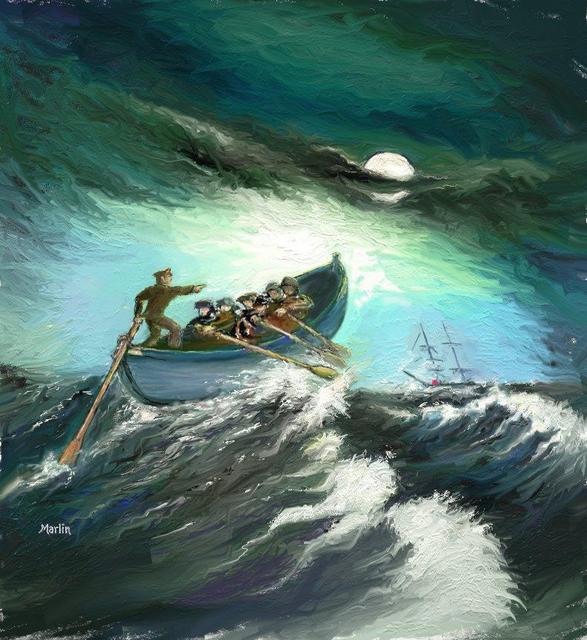 The Life Savers of Superior were the forerunners of today's Coast Guard. They went out in the worst weather that Superior could toss their way in summer and winter. Waves often swept on board and freezing spray would coat them. They were the heroes of the surf and you will agree after reading Bold Sea Stories' Warriors of the Storm. 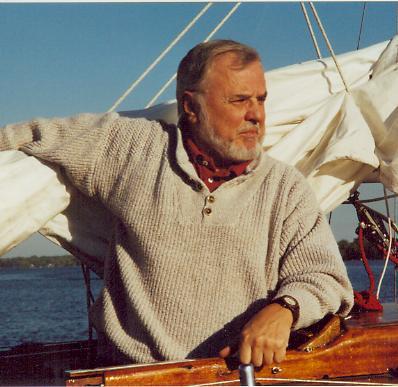 About the Author: As he sailed through some of the waters of the world, and in particular his native sailing grounds of Lake Superior, Marlin Bree became fascinated with the sea stories he heard. The author is an award-winning marine journalist and the only two-time winner of Boating Writers International's Grand Prize. He's a former magazine editor of the Minneapois Tribune, a past president of the Minnesota Press club, and a contributor to such magazines as Cruising World, DIY Boat Owner, the Ensign, Lake Superior magazine, and Good Old Boat as well as Northern Breezes. He is the author of numerous boating books including In the Teeth of the Northeaster, Wake of the Green Storm, Call of the North Wind and Broken Seas. He built his own sailboat, the remarkable 20-foot wood veneer and epoxy centerboard sloop, Persistence. He and his family live in Shoreview, Minnesota.

A remarkable sight: the wheelhouse door is dogged open, suggesting that a crew member survived the long dive to 500 feet and opened the door. Not far away, on the bottom mud, a body was photographed, face down. It's possible that a crew member made it out only to have his personal flotation device collapse at the depth. It was an incredible feat of survival, but a doomed attempt.

The Lost Schooner is a dark tale of a boat that was raised from the bottom after 150 years and "rescued." Read this astounding story of brave amateur divers, the incredible conditions they faced, and the final fate of the Alvin Clark. 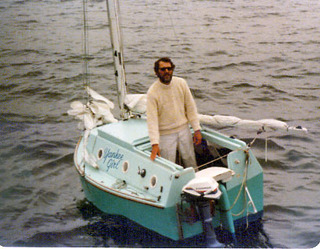 After battling a storm and huge waves, Gerry Spiess and 10-foot Yankee Girl arrive in Honolulu harbor, as the first stage of his attempt to set a world record crossing of the South Pacific. Read the adventure in Ten Feet Across the Pacific, in Bold Sea Stories.

A 100 mile-per-hour storm overtakes the author and his 20-foot centerboard boat. Read about their adventure in The Day Superior went Wild: the storm of the century catches a small boat. 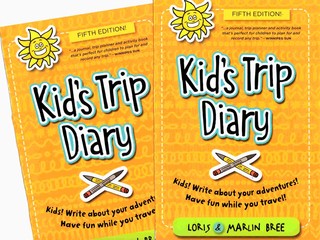 The waterfronts of the world are ablaze with excitement. A new and ultimate race around the world, solo and unassisted, is about to take place and is drawing the best and the toughest sailors of the world. They fight their way through storms, high winds and wicked waves as they race to win. Suddenly they find boat after boat goes missing under mysterious circumstances. Who is killing off the top racers?

Here's the one to get organized. Everything your boat needs to keep in shape.

A lone sailor ventures into wilderness country and gets hit by the Storm of the Century.

Kids can have fun recording their own voyage and travel experiences with this nifty Kid's Trip Diary.  They can write about their adventures, keep a small budget, and draw pictures as well as play games. "A neat travel diary," writes the Los Angeles Times.